You are here: Home / Jay Davidson 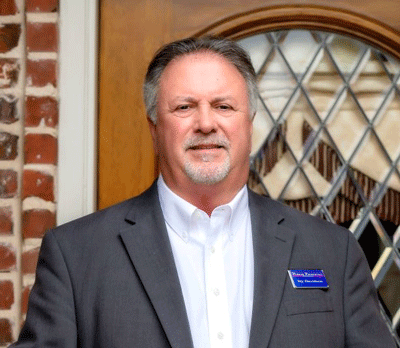 Jay Davidson has been a resident of Decatur since 1979, with his wife, Marla. He has two daughters who are Amber Wood and Ashlee Britting and four grandchildren. He is a member of First Baptist Church of Decatur where he serves as a deacon as well as a long time department director.

After high school in Bellevue, Texas, he went to Cooke County College for two years before starting a career in the oil and gas industry from 1974-Present where he has an extensive background in many aspects of the business. He worked for Mitchell/Devon Energy for 26 years as well as starting his own consulting company in 2002 that he still owns and operates under JMD Consulting. The company specializes in primarily lease and mineral acquisitions, but also consists of production, pipeline and well completion development as well.

Since his oil and gas consulting business is in some ways similar to the real estate business it seemed a good fit to pursue. Likewise, his background has been a great benefit in assisting oil and gas and pipeline issues that arise in planning and surface development for building projects such as the new Fairfield Inn and Suites adjoining the Decatur Conference Center as well as others in both the city and the county. Also, he assists developers and other agents with similar concerns on their properties.

His expertise will greatly benefit your real estate transaction especially when negotiating the reservation or conveyance of any oil and gas or mineral interest associated with the property.